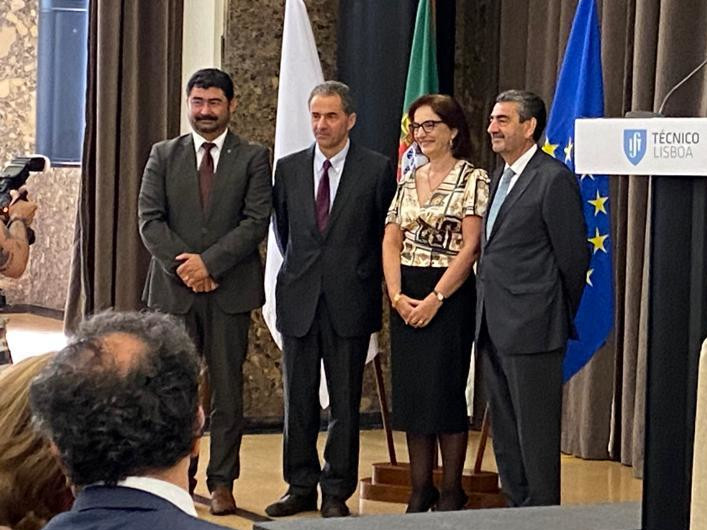 On May 23, Manuel Heitor received the title of Técnico Distinguished Professor, at the solemn session of the celebrations of the 111th anniversary of Técnico Lisboa, in a ceremony with the presence of the Minister of Science and Higher Education, Elvira Fortunato. This title recognizes his “exceptional and pioneering contributions to scientific leadership, knowledge transfer and management at Instituto Superior Técnico and for his extraordinary contributions in science and technology management at national and international level.”

In a short speech addressed to Técnico students and graduates, as well as to women and men who develop their scientific and academic careers at Técnico and in Portugal, Manuel Heitor highlighted the importance of remaining a "student" and "apprentice" throughout life, a motto he has always adopted. "The best recommendation I can give to all people, and especially young adults, based on my own experience is that they should always try to work with the best and keep learning together. Value what makes you unique, but learn to work together and find common ideas" he said.

The full speech is available here (in Portuguese). 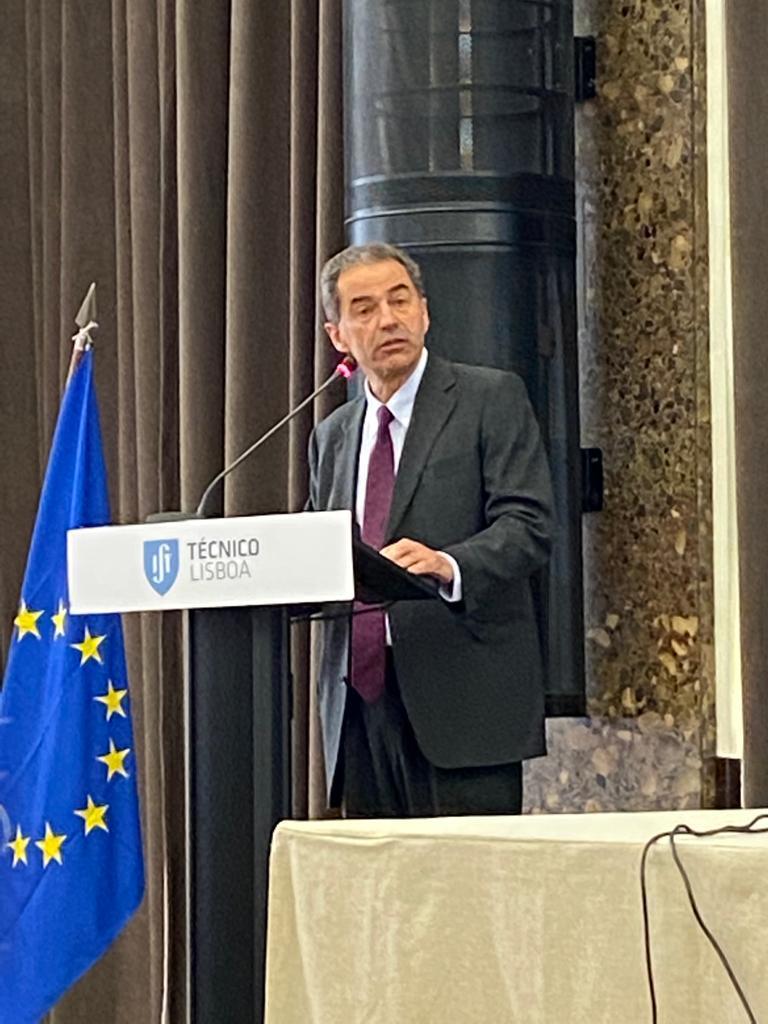 Manuel Heitor is Full Professor at Instituto Superior Técnico, University of Lisbon, and was the founding director of IN+, the Center for Innovation, Technology and Policy Research

After earning a (five-year) degree in Mechanical Engineering at IST in 1981, he obtained his Doctorate at the Imperial College London in 1985 in the area of fluid mechanics and combustion. In 1986 he conducted post-doctoral studies at the University of California - San Diego in microgravity flame propagation. Manuel Heitor was appointed Assistant Professor in the Department of Mechanical Engineering at Técnico Lisboa in 1986, Associate Professor in 1991 and Full Professor in 1995. He served as Deputy-President of Instituto Superior Técnico from 1993 to 1998.

In addition to his engineering research, Manuel Heitor has worked and published extensively in the interrelated fields of technology management, innovation, and science and higher education policy.

While in the Government of Portugal, Manuel Heitor was successfully involved in attracting public and private investment in R&D, growing the research landscape of the country, and in the reform and modernization of higher education (including, but not limited to, reforms under the Bologna Process). He launched the program "Go-Portugal – Global Science and Technology Partnerships Portugal" and was instrumental in forming international consortia for research and advanced education with several U.S. universities (MIT, Carnegie Mellon, UT Austin), including consortia are of varying types and scale, industry relationships and technology commercialization activities.

Internationally:  Since 1995 he has been a Research Fellow of the IC2 Institute (for "Innovation, Creativity and Capital") at the University of Texas at Austin. From 1996 to 2005 he chaired the Organizing Committee of the series of International Conferences on Technology Policy and Innovation.  In 2002 he was co-founder of Globelics: the Global Network for the Economics of Learning, Innovation, and Competence-building Systems; and served until 2005 as a member of its Scientific Board and co-Director of the Globelics Academy. Manuel Heitor has participated in several international fora on science, technology and innovation policy, and represented Portugal in the OECD’s initiative on Steering and Funding of Public Research and in its Futures Programme. He was a founding member of the Science and Technology Council of the International Risk Governance Council, IRGC.

In Portugal: Manuel Heitor was the founding director of IN+, the Center for Innovation, Technology and Policy Research at IST, which in 2005 was named one of the top 50 global research centers in technology management by the International Association of Management of Technology. He also launched IST´s programmes in "science and technology commercialization" (IMPACT and the VECTORe Programs in the period 1997-2005), as well as the IST master programs on Engineering Policy and Management of Technology (1998) and in Engineering Design (2002). Also, he launched the IST Design Studio (2002).  In 1999 he was appointed National Coordinator of the Research Assessment Exercise by the Portuguese Ministry of Science and Technology. In 2003 he coordinated a national initiative and exhibition on the history of engineering in Portugal in the 20th century, which won the Dibner Award of the Society for the History of Technology.

Books, Journals, Papers: Manuel Heitor has published over 130 scientific articles and supervised over 40 post-grad students. He is co-author of, among others, New Ideas for the University (in Portuguese, IST Press, 1998) and Innovation for All? (Praeger, 2005). He is co-editor of the book series on Technology Policy and Innovation, launched by Greenwood Publishing Group and currently continued by Purdue University Press. He is on the Advisory Boards of the journals Technological Forecasting and Social Change and the International Journal of Technology, Policy and Management, where he has served as guest editor for several special Issues.